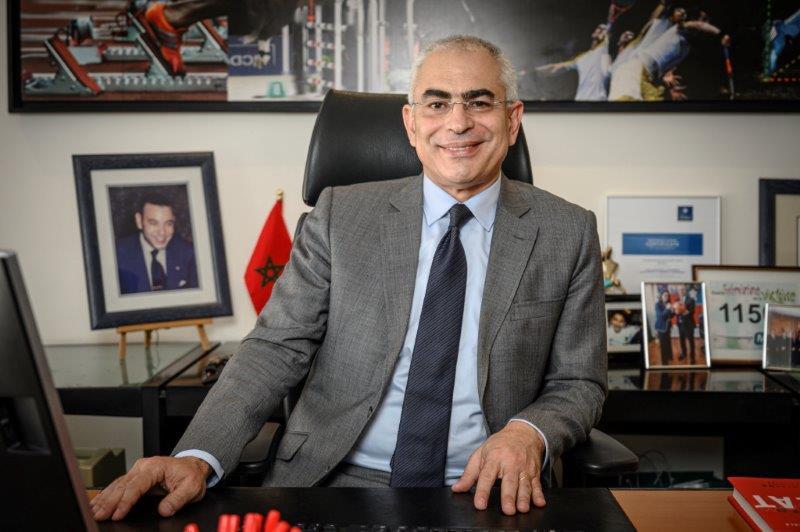 Younes El Mechrafi was appointed CEO of la Marocaine des Jeux et des Sports (MDJS), a state lottery that finances the Moroccan sports, in 2009. Beyond the financing of the Moroccan sports through the National Fund for Sport Development (FNDS), MDJS actively contributes to the promotion of the practice and values of sport as levers of inclusion and development by supporting numerous associations and projects in various disciplines with special attention to the disabled, women, and youth.

Holder of a master's degree in Computer Science Applied to Business Management, and a high degree in Computer Engineering from the University of Lille, Younes El Mechrafi began his career as a researcher professor in a Scientific Research National Center unit at the University of Valenciennes in France. Back in Rabat, he held various positions, including managing director of SOMAV, a company operating in the agro-industry sector, and CEO of Concis, a computer engineering services company, mainly operating for the account of ministries and public bodies. In 2003, Younes El Mechrafi was appointed special advisor to the minister of justice in charge of new technologies and modernization, and in 2006 he joined ONA group, the biggest private group in Morocco, as general manager of a Computer Services and Engineering Company, Archos Conseil.

In addition to his responsibilities as CEO of MDJS, Mr. El Mechrafi is actively involved with international lottery authorities. Since March 2014, he is General Secretary of the African Lotteries Association (ALA) and he is member of the World Lottery Association executive committee since June 2014. In January 2015, he was elected as member of the executive committee, and secretary of GLMS (Global Lottery Monitoring System). As part of his mission at the WLA, which contributes to the dissemination of good practices within the profession, he was appointed chairman of the WLA audit committee in November 2018.

Since 2016, he is also Vice-President of the Mohammed VI Sports Champions Foundation.
Following his election in March 2019 as President of the Moroccan Association for company sport in Morocco (APSEM), Younes El Mechrafi was elected Vice-President of the World Federation for Company Sport in Athens on June 08, 2019.
On June 2019, during the annual Women In Africa (WIA) Initiative Summit, a leading platform dedicated to the economic development and support of leading and high potential African women, Younes El Mechrafi received the AMOYA ( African Man of the Year Award) for his commitment to the empowerment of women and their inclusion in the sport’s world and to the promotion of sport values.

Your next money-making strategy is made here.

Connect with 1000+ attendees in the African Gambling Industry.