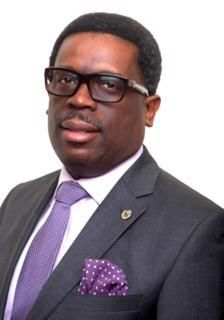 Mr. Lanre Gbajabiamila started his education at Mainland preparatory primary school, Surulere and attended Igbobi College, Lagos for his secondary school education where he obtained his school certificate in 1982. He proceeded to King Williams College, Isle of Man for his “A” levels in1984.

In 1997 he graduated with B.SC (Hons) degree in Marketing from California State University, USA and obtained a certification in Unix Programming from the prestigious ‘Seale Group’, Atlanta Georgia in 1999.

Mr. Gbajabiamila started his career with Derivion/Metavante Corporation in 1997 as a Senior Analyst. He also worked as Senior Consultant in several blue chip companies inUnited States of America USA.

Upon return to Nigeria in 2004, he joined the gaming company- National Sports Lottery(NSL) as Senior IT Manager on Software Quality Assurance. Among other projects pioneered for NSL is the deployment of Essnet Lottery Operating System (ELOS) whicheffectively managed 5 million lottery transactions weekly. In 2006 he returned to USA to consult briefly for Bearing Point INC, Atlanta as Senior Management Consultant.

Over the years, he has attended international and local executive management, gaming and regulatory training and conferences. He is a member of Institute of Directors and the Ikoyi Club, Lagos. Mr. Gbajabiamila is a non-executive director in Makklink Limited and Ginger Hospitality Limited.

He is also an avid lover of sports whose favorite pastime include soccer, tennis, swimming

and travel. An avid Liverpool fan, Mr Gbajabiamila is married and blessed with 3 children.

Your next money-making strategy is made here.

Connect with 1000+ attendees in the African Gambling Industry.